A Letter from One Who Was Helped 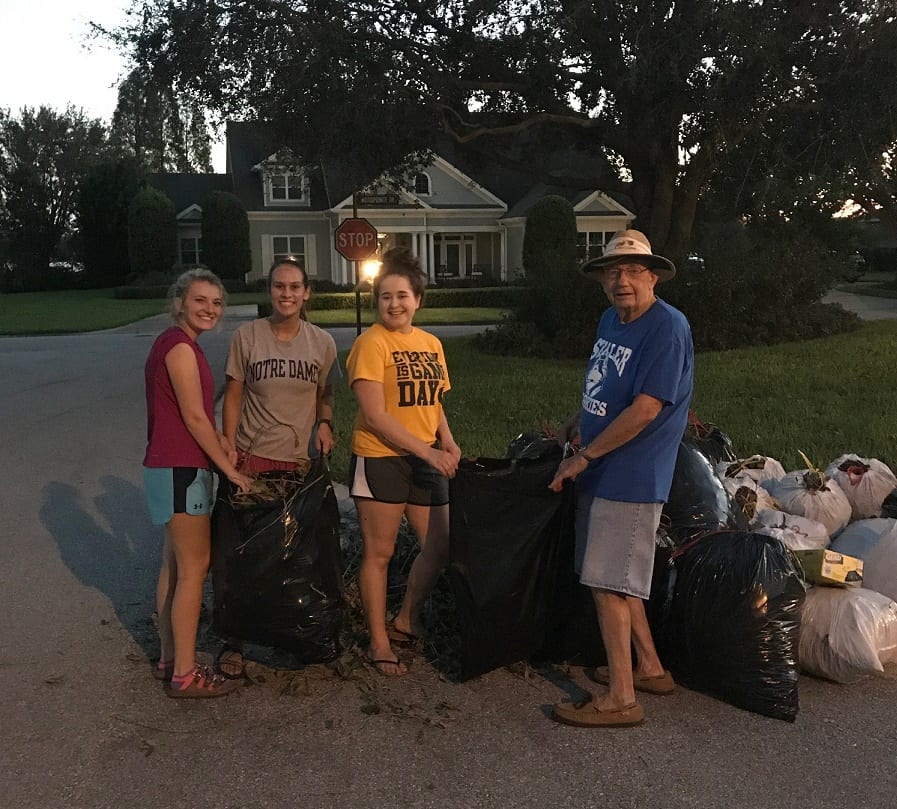 I feel compelled to write you regarding six student athletes enrolled at Warner University who play volleyball.

I contacted my 78 year-old brother Ron who lives in Auburndale after hurricane Irma passed through.  As you know much of Polk County sustained major wind damage, my brother’s house included.

My brother’s home was without power and water for several days after the storm and their yard was filled with debris from trees and plants.  The roof was damaged by a large limb that fell from an oak tree.

I could tell from my brother’s voice that he was in direct need of help to begin cleaning up and piling up the debris by the road for pick up.  I was extremely worried about him because of his age and his inability to be in the sun or outdoors for very long.  He suffers heat strokes easily and even has seizures with this occasionally.

He is a proud man with a beautifully manicured yard.  Every time a hurricane has passed through Auburndale he and his wife immediately go to work in the yard.  He is unable to work like that any longer and was stressed out at how long it would take to clean up the mess, little by little.

Shelby’s parents are dear friends of mine here in Orlando and I have known her since the day she was born.  She is well known to all of my family and very much loved.  Her mother is my business partner.

I contacted her mother Carolyn McCulley who suggested we contact Shelby to see if she might be able to round up some students to help out.  When we called Shelby she said “no problem!”.  Within a very short time she called me back saying she had some volunteers and they would meet me the next day in Winter Haven to follow me to my brother’s house. 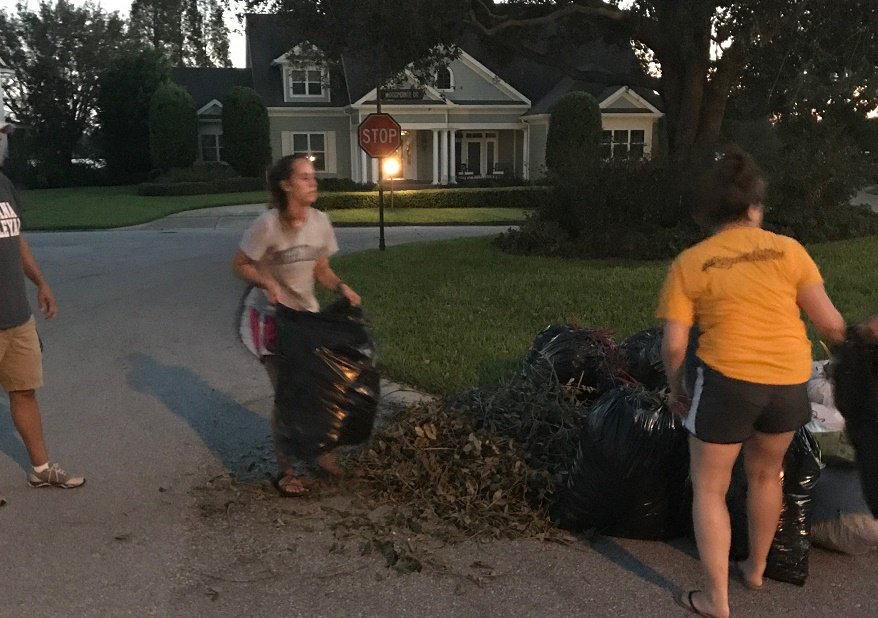 I have never seen my brother so tired and ashen as when we drove into his driveway.  He hugged me hard and then looked up to see three cars loaded with young men.  When they got out of the car I promise you his face lit up with such a smile.

We expected help with picking up the large limbs and debris but never imagined that those five young men and Shelby along with my great niece who is senior in high school raked every inch of the front and back yards and swept off all walkways and driveway.  These fine young students worked for hours in the hot sun never complaining once.  The only question they ever asked was “What else can we do for you sir?”  and all the while they had smiles on their faces.  When they were done the yard looked as though nothing had ever happened there.

When they were finished with my brother’s home they went next door to help another elderly neighbor with his yard.  They did heavy lifting for him that he would never have been able to do by himself.

I wanted to share this story with you Dr. Hoag because so many kids these days are accused of being lazy and self-centered.  I saw only love and caring for their fellow man that day.  My brother and I will be eternally grateful for their help and only hope that someday we can help them in some way.  They will never know that they actually saved a life that day.  My brother’s wife feels the same way. 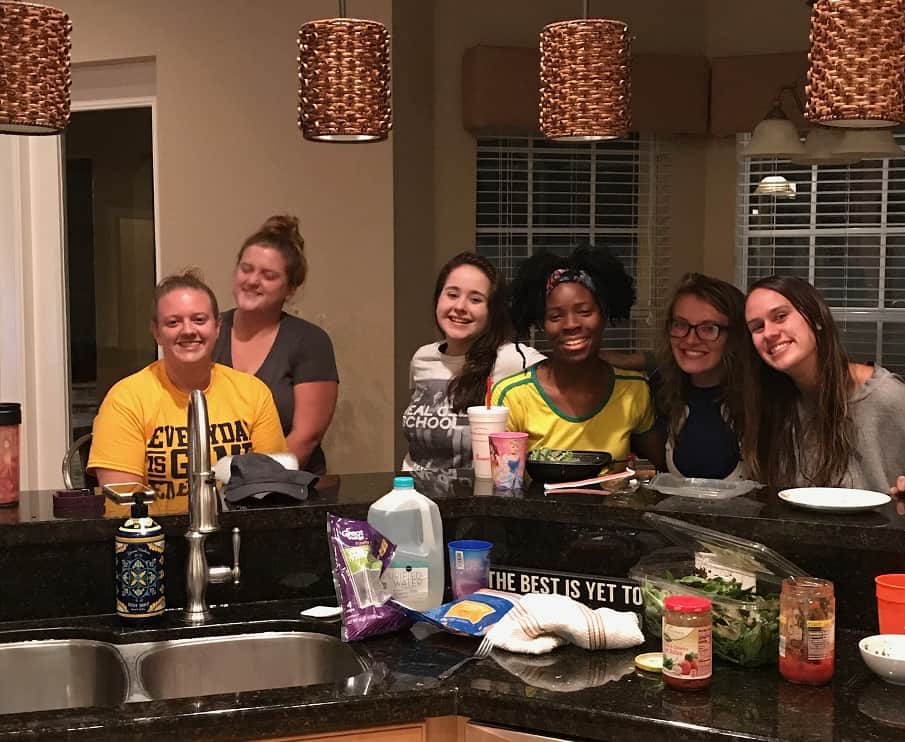 There were smiles and hugs when they left that day along with tears of joy and thankfulness.  I keep them in my prayers every night and will love each of them for the rest of my life.

In closing please know that our company, Legal Bill Review, Inc. will make a donation to both the Men’s and Women’s Volleyball teams to show our appreciation.