A Look Back on 41 Years with Dr. Steven Darr 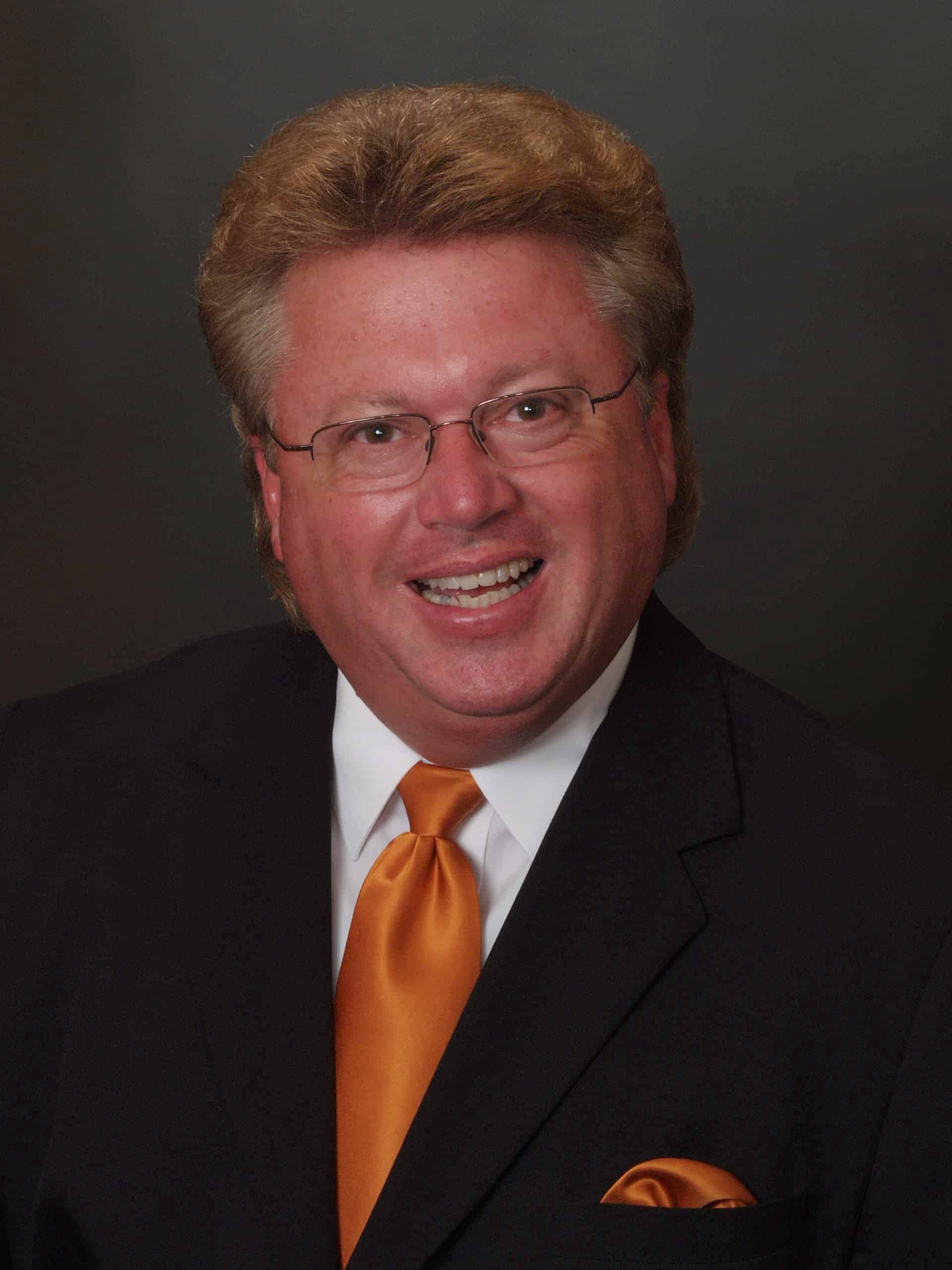 This year, Warner University celebrates its 50th anniversary. During this extraordinary time on campus, very few remaining faculty or staff can say they have been around to see it evolve from the beginning.  The University’s current Vice President for Academics and Chief Academic Officer, Dr. Steven Darr comes close at 41 years of service.  Darr will retire at the end of this school year after having spent most of his time developing the music program at Warner.

Darr’s musical journey to Warner began the day after his wedding to wife Joyce, back in 1977.  “We were married on Saturday, August 6 in Minerva, Ohio and immediately we were headed to Florida so he could start work at Warner on Monday,” said Joyce. 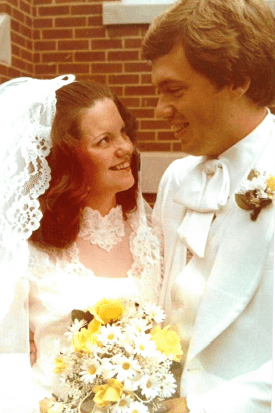 As an elementary school student, Darr loved to sing in adult choirs.  He began playing piano in the third grade and in high school, sang in the choir and played multiple instruments in the band.

“I’ve always loved to help people do musical things, and so I knew when I went to college, I wanted to be a teacher of music,” said Darr.

After completing his Bachelor of Science in Music Education in three years, he immediately started his Master of Music in Choral Conducting.  At 22, after completing his masters, he felt God calling him to teach at a Christian university and began applying to colleges all around Kentucky, Ohio and Michigan.  Once 50 colleges said no, he decided to expand his search all over the country.  “A college in Oregon and Florida reached out to me for interviews,” said Darr. 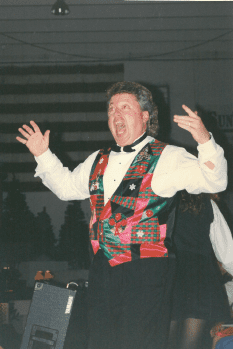 “When I came to visit Warner, I immediately fell in love with Perry Grubbs, who was the music director at the time, the singers and the amazing weather.”   (subset this out)

Originally hired to only teach as a part time voice, piano and theory professor, he was asked to return the following year teaching full time.  Darr ended up as a permanent part of the faculty developing collegiate musical groups such as the Collegiate Chorale and Young Americans and his annual productions Liberty, Gospel Sing and Sounds of the Season.  “I loved being able to get Warner’s name out,” said Darr.

Chorale would travel to churches all over the eastern United States while elementary schools and rotary clubs couldn’t get enough of the wholesome, patriotic and aesthetically pleasing Young Americans.  “If I loved a song, I had a group that could do it,” said Darr, “but the most enjoyable part for me was coming up with choreography and making it visually appealing.” 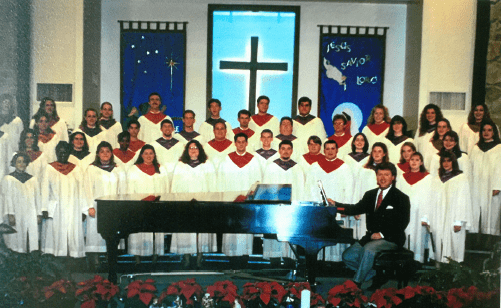 Students who participated in these groups not only had fun performing but also learned the value of striving for excellence and the importance of public presentation.  Faith Joyner, class of 1999, had the opportunity to perform in Dr. Darr’s major productions.  “I was a music major so I not only had him for classes, but as my guidance counselor of sorts,” said Joyner.  “His door was always open to me.  I knew I was cared for and prayed for by him and it really made me a successful, confident student.”

Jeff Bush, class of 1984, performed in both Collegiate Chorale and Young American’s for three years.  “I also had a few classes with Dr. Darr,” said Bush, “He was always so positive, hardworking and caring.  I didn’t appreciate him as much as I should have during my time with him but later I realized what amazing life lessons he actually taught us.” 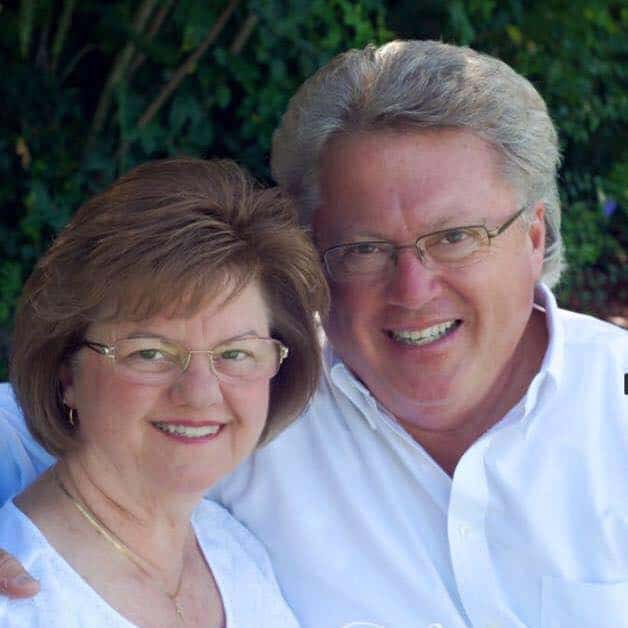 Darr’s wife Joyce, would also travel with the groups and would often perform with them.  “One of my favorite college memories is the day his daughter Stephanie was born,” said Bush. “We were practicing on Dr. Darr’s back porch when Joyce went into labor and we all went to visit them in the hospital.  Joyce and the baby came on spring tour with us that year and it was like we had welcomed a new member into our Chorale family.”

Dr. Darr’s children, Stephanie and Derek grew up on Warner’s campus and when they weren’t traveling with the groups they were recruited to perform in various productions.  “I started early on by clogging with my brother and doing interpretive dance,” said Dr. Darr’s daughter, Stephanie Wilson. “Then I moved on to singing as a college student and having the privilege to waltz with my dad in the Christmas production.” 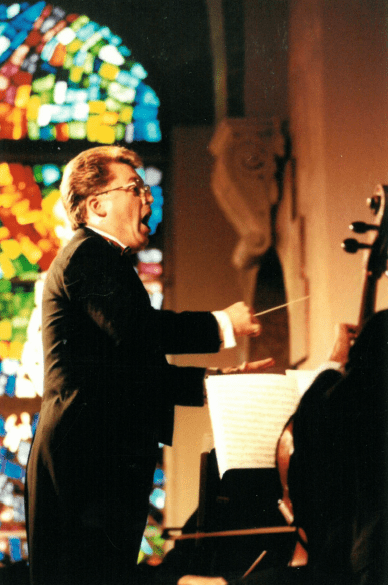 In the mid 80’s, Dr. Darr had his choirs singing Handel’s Messiah at the Lake Wales Art Center during the holiday season.  “I wanted to appeal to a larger audience,” said Darr, “so we started up Sounds of the Season in the Turner Athletic Center on campus.”  Alongside Sounds of the Season, Dr. Darr was excited to put together a production that was patriotic.  Liberty was born and just like its Christmas counterpart, it brought in an audience of thousands.  “Having them in the gym was helpful,” said Darr, “non-Christians were comfortable in the gym as opposed to the church.  You have to know your audiences, but also stretch them by adding Christian music.”

“His stamina amazes me, but he thrives on music,” said Joyce, “I always admired that he worked as hard as he expected his students to.  I remember one night at 1am during one of the productions, I found him asleep in the gym with a paintbrush still in his hand.”

During Sounds of the Season, the entire gymnasium was a sprawling winter wonderland with trees, a nativity and artificial snow.  Liberty was a more patriotic feel with a giant American flag, several levels tall, where the choir would stand and sing about the land of the free.  These productions have moved to a smaller scale in the sanctuary at South Lake Wales Church of God, but they are still as impressive and bring in audiences by the busloads.  “Tickets always sell out so quickly,” said Warner University’s current President, David Hoag.  “It’s almost as though Dr. Darr brings a bit of Vegas and Branson to Lake Wales.  The productions attract so much positive attention to both Warner and South Lake Wales Church of God.”

Most popularly known are Dr. Darr’s specialty crafted sequined jackets.  “He has an entire guest closet at his home full of them, “said Hoag, “I was even given my own honorary jacket during Christmas at South this past year.”  Audiences always enjoy several extravagant costume changes from Dr. Darr during these productions.

After 34 years as a music professor at Warner University, Dr. Darr was promoted to Dean of the School of Arts and Sciences and then served two years as the Dean of Faculty.  He holds Doctorate of Education in Educational Leadership with an emphasis in Music and holds the position of Warner’s Vice President for Academics and Chief Academic Officer.  “As the song says they needed me for such at time as this,” said Darr. “I was honored they thought of me for this position.” Within this position, Dr. Darr is responsible for everything academically that happens on campus. His family is proud of how his time at Warner has advanced.

“I saw my dad go from a job he knew well to a job he had to learn and grow in,” said daughter Stephanie, “He is truly a man of integrity.  When challenges arose, I saw him strive to do what he felt was best for Warner, no matter how difficult the task.”

After all this time, Dr. Darr will step into retirement with excitement and a sense of expectancy.  “I will stay open to what God has for me, which is scary because I am a planner and thrive on routine,” said Darr, “but I will stay extra close to God and I’m excited about what he has planned for the future.” 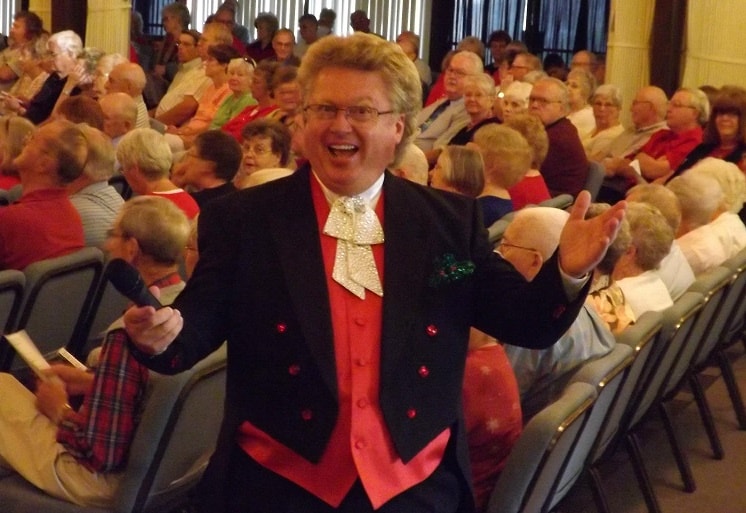 Warner has started an “Honoring Dr. Darr” Facebook page for alumni, faculty and staff to show their love and gratitude to Dr. Darr.  “To this day I owe him everything,” wrote son, Derek Darr, “without his mentorship, love, and, faith I’m scared to even think where I’d be today. Love you dad!”

Information about various celebrations to honor Dr. Darr’s retirement can also be found on the Facebook page.  “At large alumni events, friends and alumni will always ask about Dr. Darr,” said President Hoag.  “He’s made a major impact on the lives of both former and current students, especially with his musical direction.”

The Alumni Office is hosting an alumni choir concert to honor Dr. Darr’s retirement during Homecoming Weekend, Oct. 27th. The Dr. Darr Scholarship Fund also established in his honor, will ensure future students the same opportunity to learn and mature in a private, Christian setting. For more information, contact Kareen.Pickett@warner.edu.

Dr. Darr will also serve as this year’s commencement speaker on May 5th. 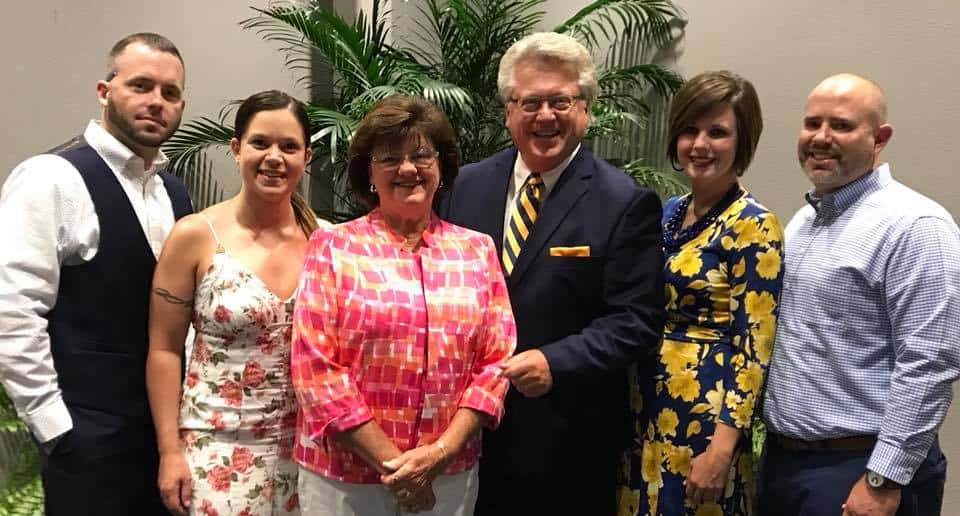