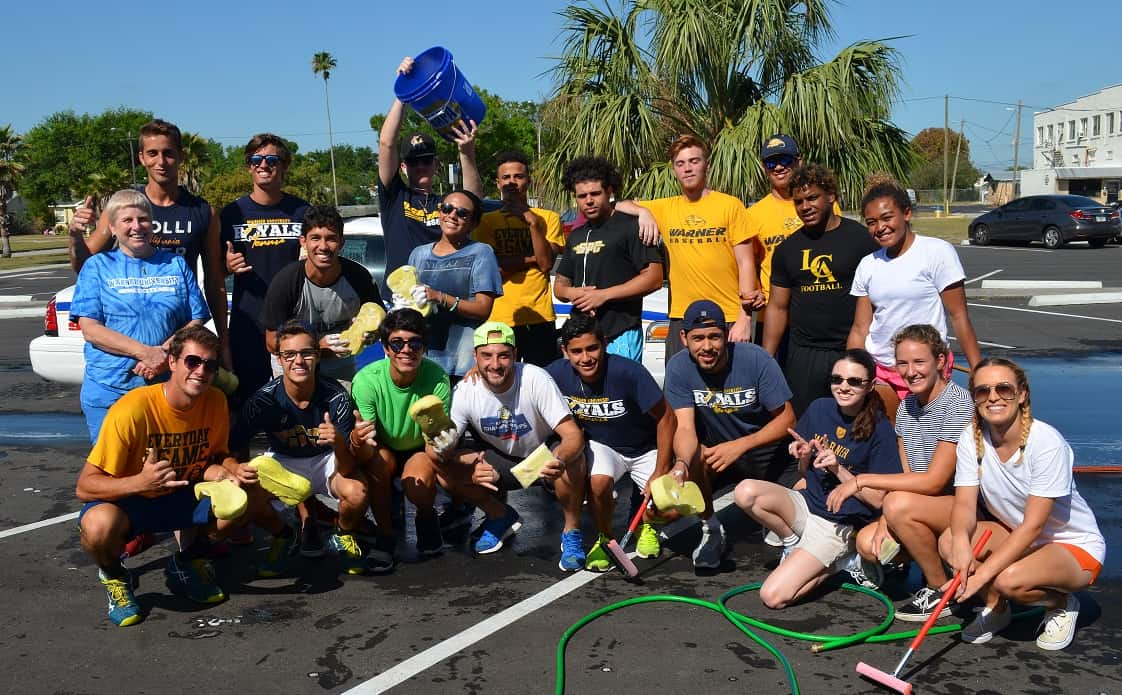 Speaking to a group of 357 students along with faculty and staff from Warner University on the morning of April 4, Lake Wales mayor Eugene Fultz personally thanked them all for serving the community of Lake Wales. To students attending Warner from outside Lake Wales, Fultz said, “You have done enough that Lake Wales is your home now.” 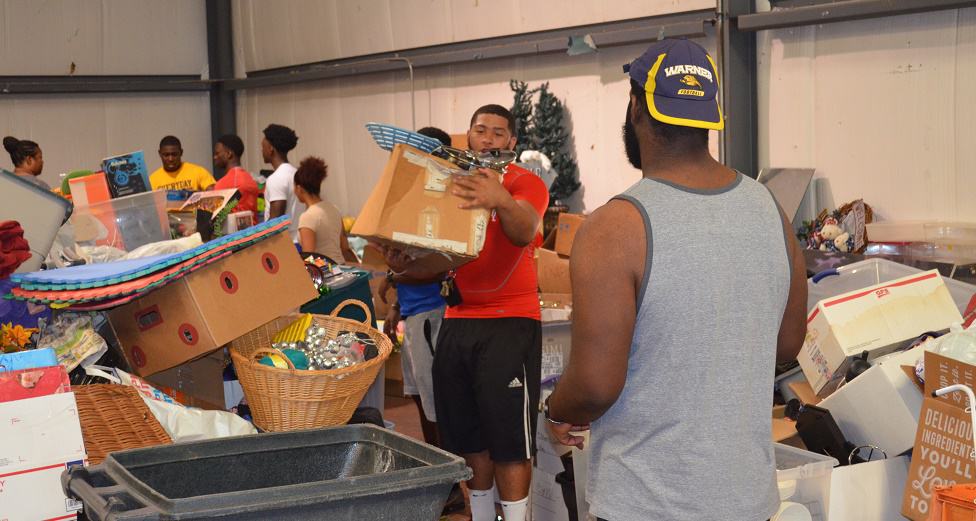 “Warner Cares Day” is a community outreach event that Warner has accomplished annually for the last six years, reaching both city and non-profit organizations completing whatever work that is needed. 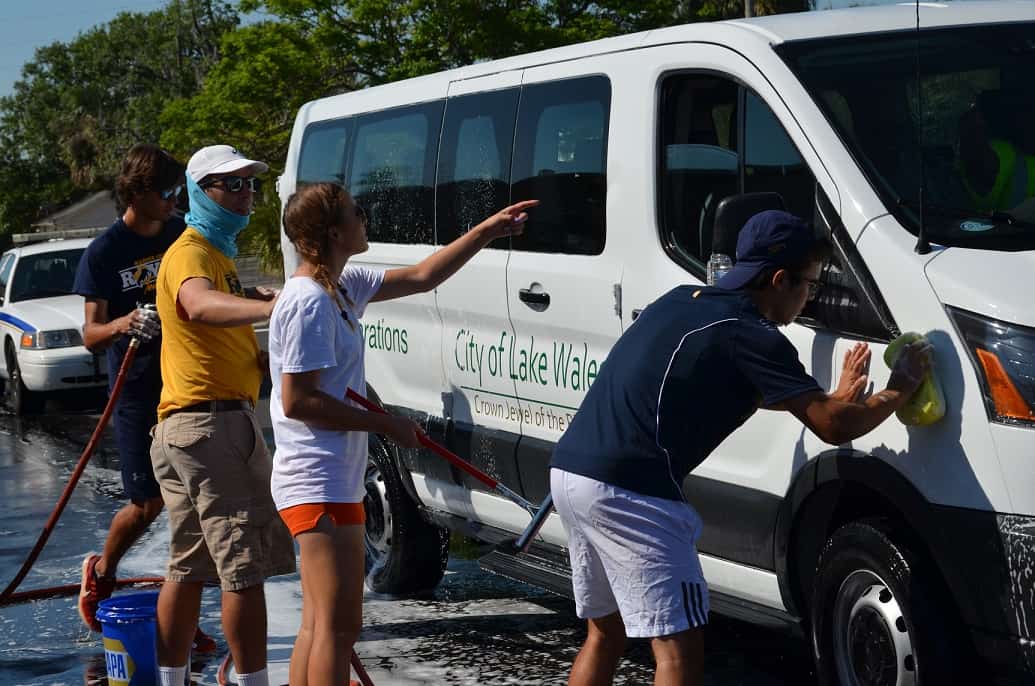 Starting at 9:00 a.m. on April 4 and continuing through the morning, volunteers aided the city, worked at schools, the airport, and other public areas beautifying, painting and cleaning. Non-profit organizations such as the Lake Wales Care Center, Lake Aurora Christian Camp and the Hunger Education and Resource Training (H.E.A.R.T.) missionary village were also reached.

“Warner Cares Day is about fulfilling our school’s service mandate, being a part of the community and showing Warner’s character by giving back to the city that is its home,” Dr. Moyer, Warner’s Senior Director of Special Projects said. 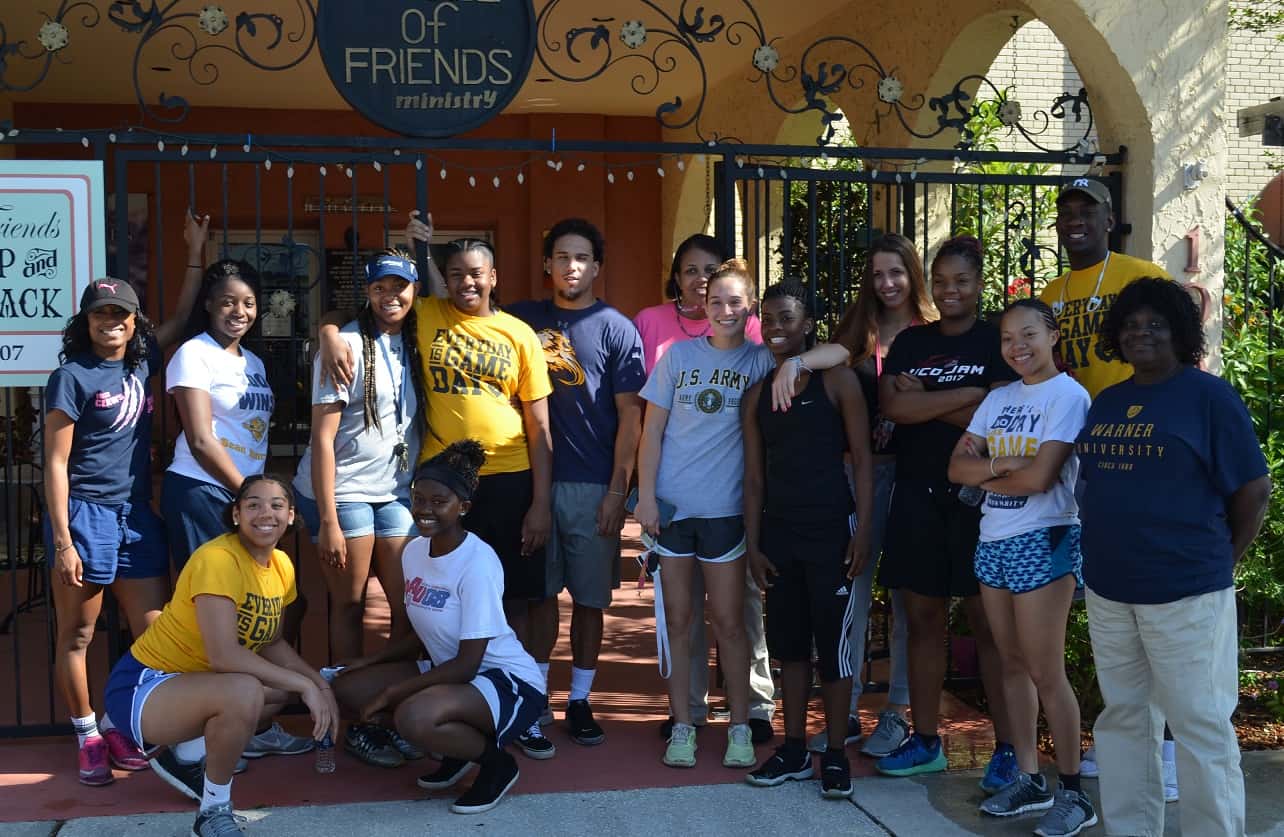 As Warner’s mission statement says, “The mission of Warner University is to graduate individuals who exemplify academic excellence and Christian character, who are prepared to lead and committed to serve.”

Many in the community of Lake Wales appreciate the service that Warner provided, including the director of H.E.A.R.T., Philip Murphy. “The help from Warner has been incredible today. We’ve gotten so much work done in a short amount of time,” Murphy said. “This crew here that’s working in the garden is probably doing a month’s worth of work in just a few hours, so it’s been incredible, and we really appreciate it.” 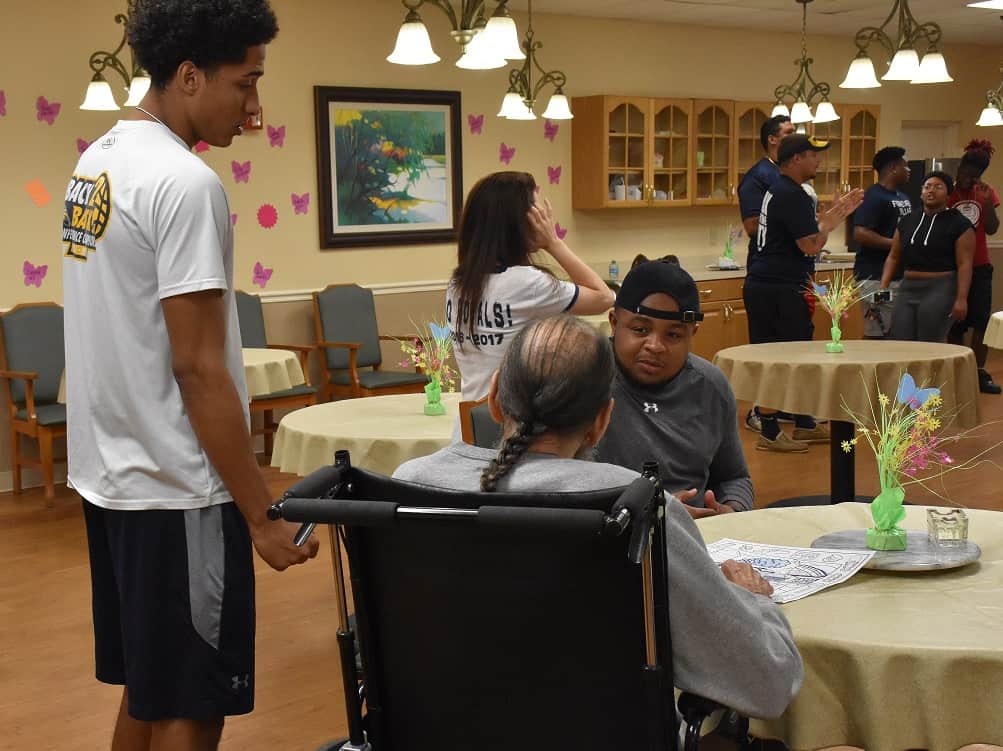 Sally Morrison of the Ridge Audubon Society was also grateful for assistance. “Anytime we can have younger volunteers help us, It helps us work more into accomplishing our goals, and one of those is to keep the habitat that is typical of Florida,” Morrison said. “The Lake Wales ridge area is unique unlike any other place in the world, and these volunteers from Warner are helping us keep that intact.” 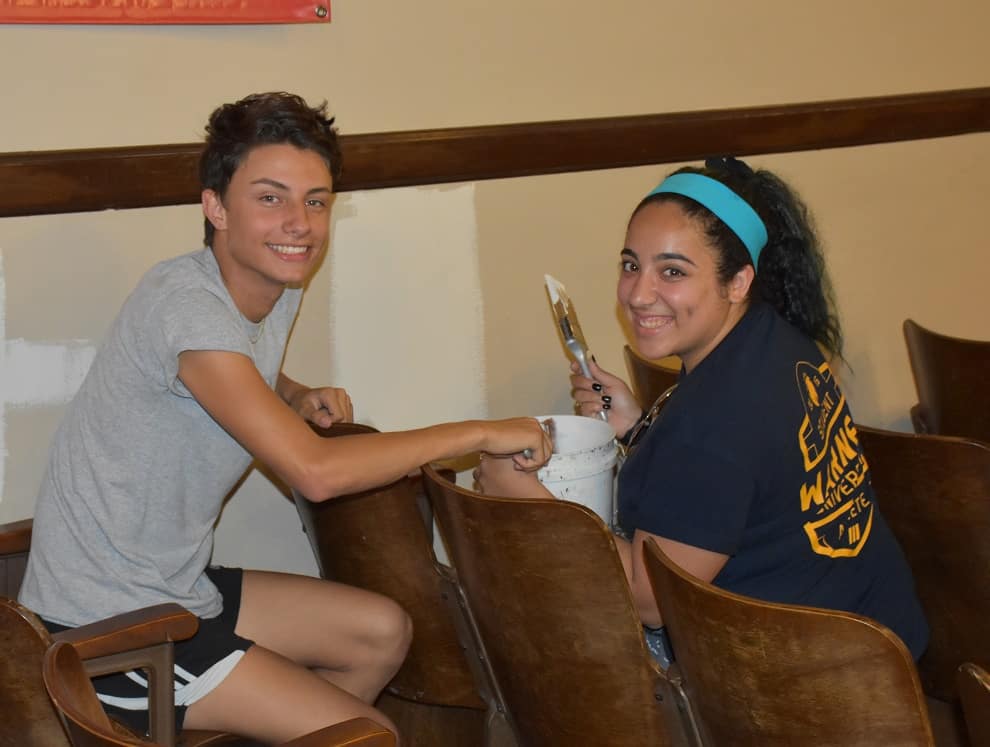 The event was a great learning experience for students as well, as noted by Warner Faculty like Robert Lamar, Assistant Professor of Mathematics who led students in clearing out invasive plant species at Ridge. “It’s great to see the students working as a team,” Lamar said. “We’re coordinating different tasks and using new tools, and it’s also very good to see them working in a different environment that they might not be used to and learning about nature.” 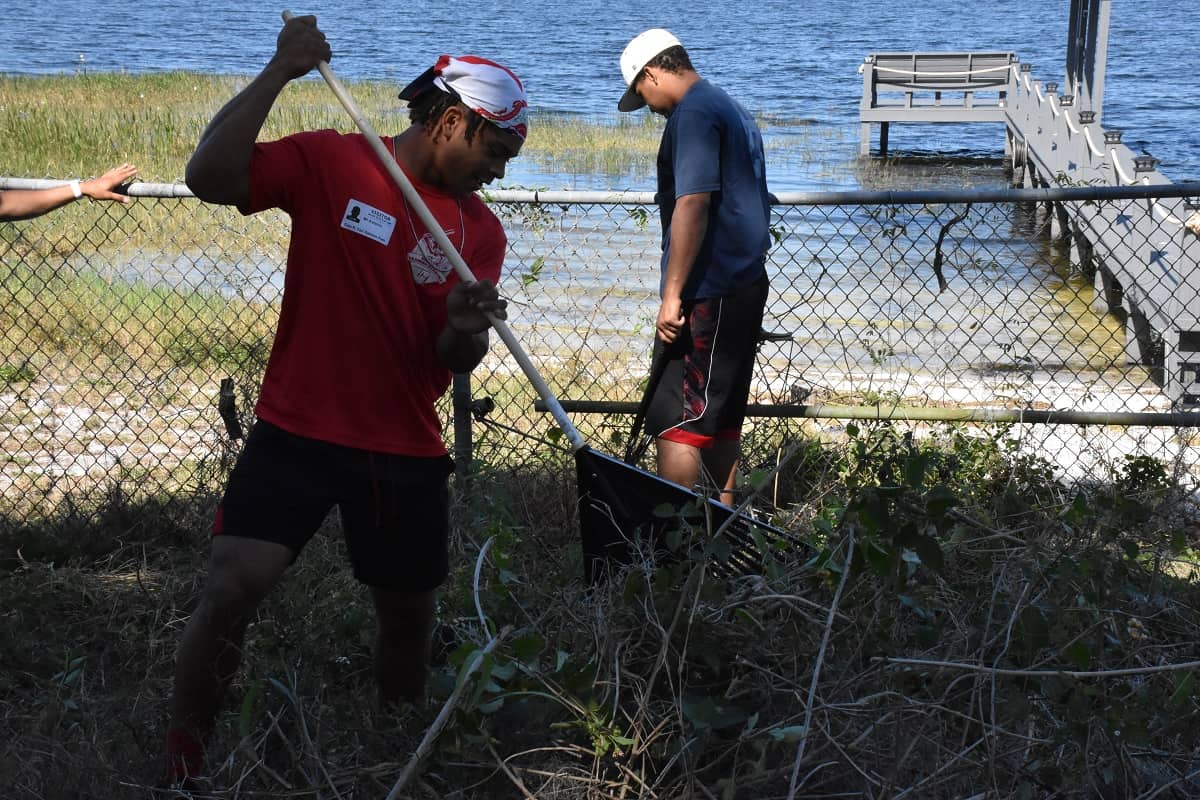 Warner students say that they enjoyed serving their city.

“The ability to give back to the Lake Wales community is amazing,” Kyle Safreed, a senior in business finance and international business, said. “God has us here for a reason today, and I know that the community will be thanking Warner for the services we are doing.”

“I do believe that Warner Cares Day is really helpful to the Lake Wales community,” Chris Massey, a Junior and church ministry major, said. “It allows the community to see that Warner isn’t just a Christian institution that is in the city, but we are also being the hands and feet of Christ.” 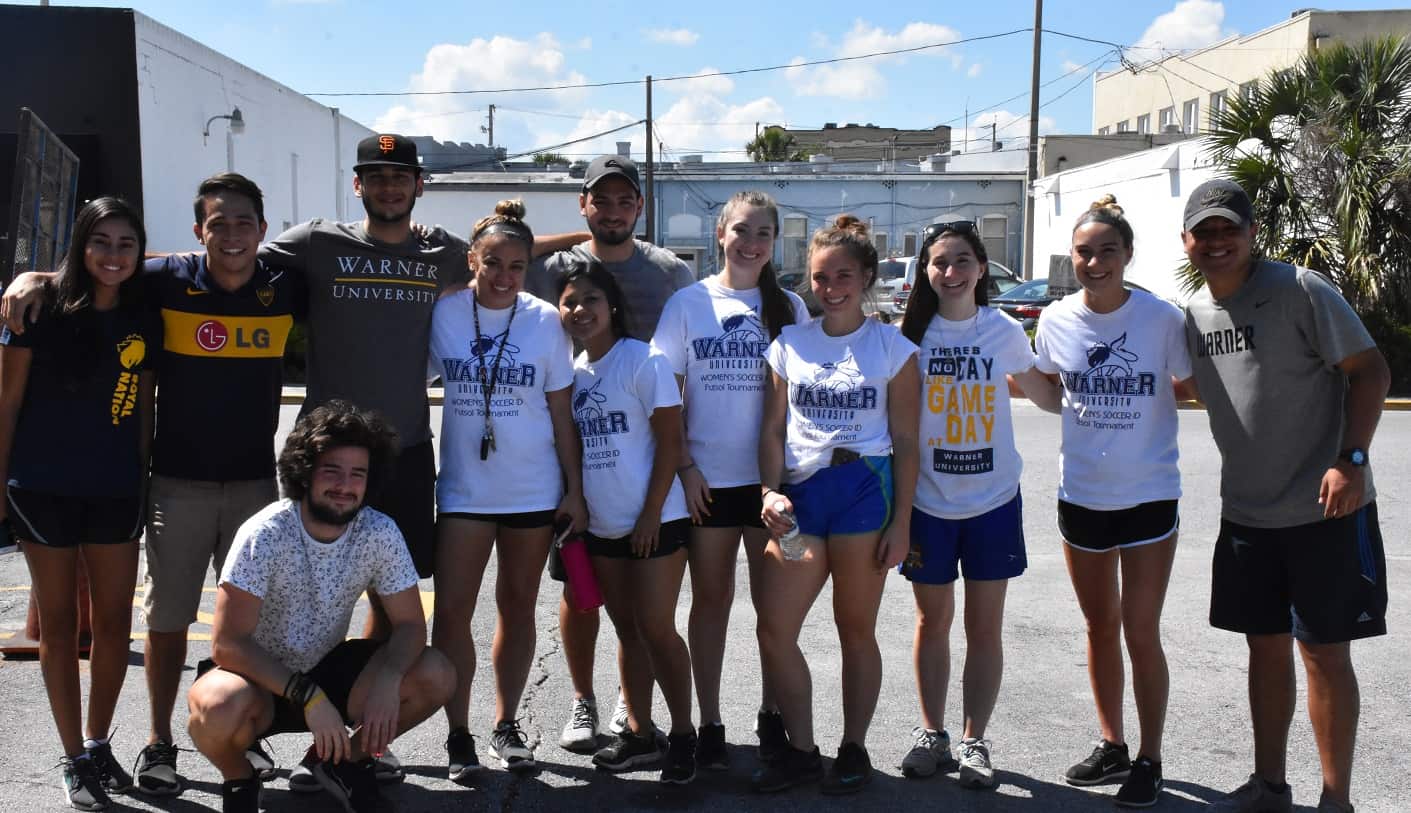 The students and faculty all together completed approximately 1,200 hours of volunteer work. 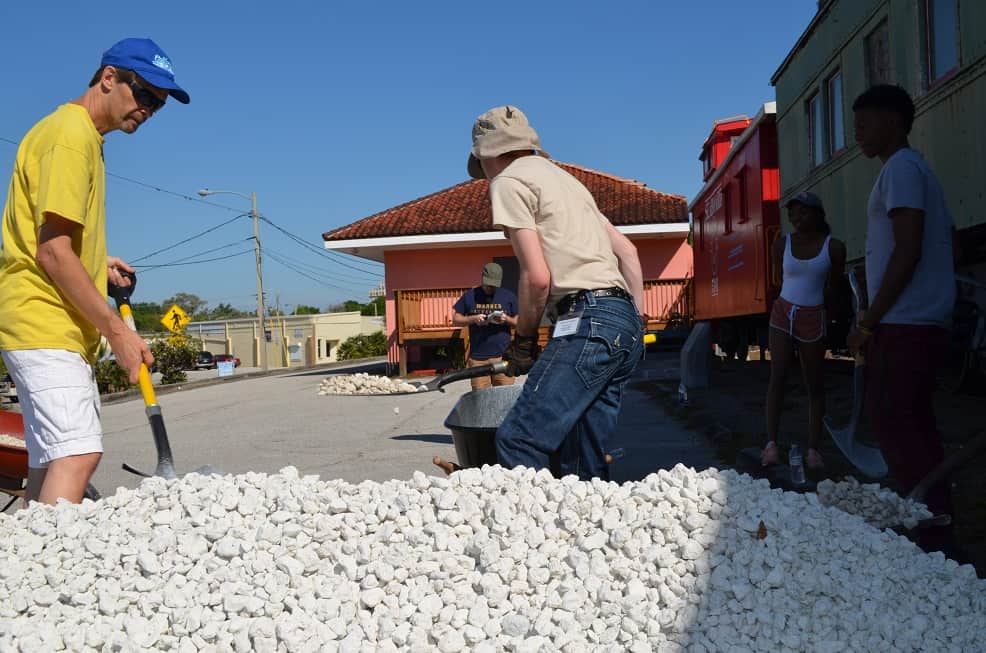