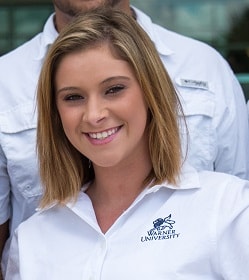 If you’re a native to Winter Haven, or even Polk County for that matter, odds are you have heard of Potthast Studios. A drive down Central Avenue will bring you by the studio with a collection beautifully articulated portraits hanging in the window.

Potthast Studios has been recognized all over the state for its professional photography and skill. The man behind the camera is no other than Michael Potthast, the son to William (Bill) Potthast , who started the studio in the late 60’s. Being one of eight children, Mike was the only one to take up photography. He recalls being in the studio dark room as young as the age of 5! It was he and his fathers thing to do, their own special bond.

Mike went to Daytona State to major in photography, after graduating from DSC he came to Warner University, then Warner Southern, to focus more on business when he decided to take up the business of his father’s studio. Earning his BA in organizational management in 2004, Mike has gone on to further his career as a photographer.

Mikes job is definitely anything but your typical “9 to 5 downtown office” type of job. His favorite part of his career is the variety of subjects and places he can he runs in to. “One morning you can be in a helicopter shooting aerials of a golf course in Orlando, that afternoon you could be shooting a press event for a corporate client in Lakeland” he states.

Over the years, you can imagine what unique adventures his job has taken him to, but one he claims to be his favorite is when he was assigned to shoot Lance Armstrong as he was competing in the IronMan race in Haines City, Florida.

The 60 mile marathon puts athletes to the test on bike, swimming, and running. You better believe Mike followed Armstrong all 60 miles of the race. How did he do so? On the back of a motorcycle! Mike sat on the back of the Harley as he raced alongside Armstrong capturing every moment of the race.

Blessed with a busy photography business, Mike says Warner really prepared him for the business side of things – from letter writing to negotiating with clients. In the last 14 years, since graduating, Mike has become a father to two beautiful girls and has been happily married for 17 years.

Mike has been a friend to Warner ever since he became a student and states he loves to watch WU grow. “Back when I was a student, we were on the other side of the highway (Hwy 27)”

Thank you Mike for all you do in our community!