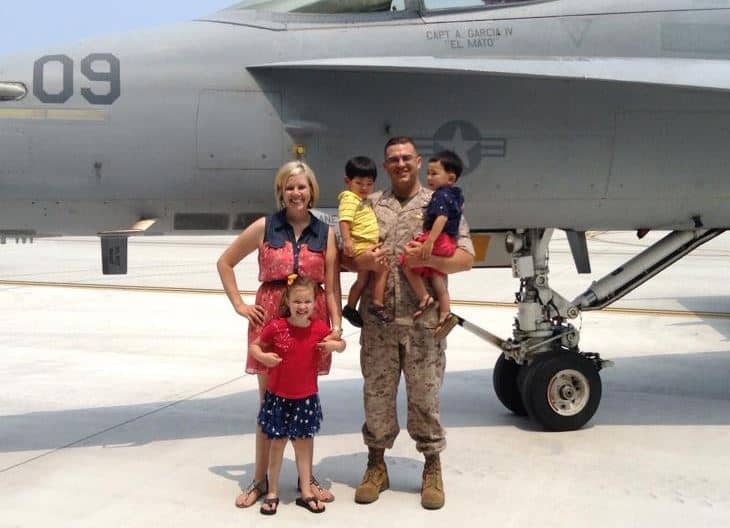 Lieutenant Travis Coffey (BA ’01) graduated from Warner University with a degree in Church Ministry. Travis now uses that degree to serve as a chaplain in the United States Navy Chaplain Corps, which serves all maritime services in the defense of our country, including Navy, Marine Corps, and Coast Guard.

As of right now, Travis is the Command Chaplain to the crew of USS LAKE CHAMPLAIN (CG-57), which is one of the most sophisticated warships in the world, and serves as a spiritual caregiver to the 350-crew members and their families.

Travis has many responsibilities as chaplain on board a warship. “Some of my main responsibilities are to provide, facilitate, care and advise. First and foremost, I provide Christian protestant religious services to my crew and families through the conducting of weekly divine worship services, other ordinances, and weekly bible studies,” said Travis.

“I also have the privilege to lead Sailors and Marines on some amazing mission work across the world including Japan, South Korea, Thailand, Guam, and Canada.”

“Warner helped me have the background I needed to be a pastor and shepherd to my crew and families. Whether it was in writing or ministry classes, Warner resourced my mind and soul with the tools I needed to be a caregiver, pastor, and a Navy Chaplain,” said Travis.

While he attended Warner, Travis was a very involved student. He was president of the first ever CAB (Campus Activities Board) in 2000, lettered in tennis in the inaugural year of the team, and was also the freshman representative in SGA.

“I really enjoyed the campus involvement throughout my tenure at Warner. I enjoyed the community life and the relationships that were forever forged in spirit,” said Travis.

As for Travis’ favorite professor from Warner, he said, “Dr. Hall, Dr. Mike, and Lottie Sanders all three come in as a tie.”

We wish Travis and his family all the best as he keeps serving God and the men and women of our military.