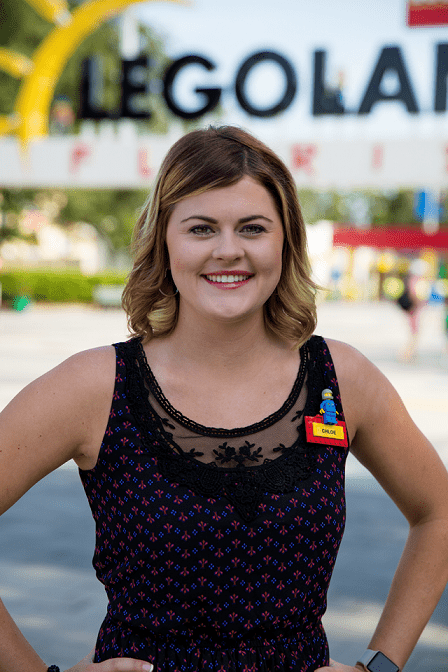 Chloe Boehm (BA ’14) graduated from Warner University with a Communication degree and has been putting it to use as the Public Relations Executive at LEGOLAND® Florida Resort.

Boehm’s responsibilities include hosting media at the resort, planning grand openings, writing content for the resort’s blog and social media channels, and ensuring that LEGOLAND® Florida Resort is being talked about in the news.

“The fact that I work at a theme park centered around the LEGO® brand is what I love most about my job,” said Boehm.

“Each day is different—I can be on camera one day talking about a new ride or accommodation opening, then hanging out with LEGO® Batman snapping some cool photos for our social media channels the next.” 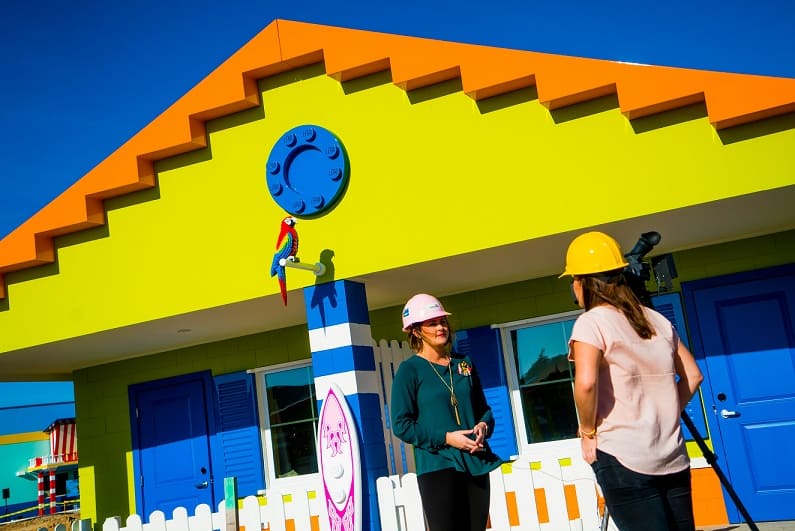 “There’s never a dull moment, and I love what I do.”

Boehm started at LEGOLAND® Florida Resort in 2012 as a lifeguard for their water park and she quickly grew into leadership positions and eventually landed a full-time role shortly after graduation. Boehm entered into their marketing world when she was hired as a Marketing Coordinator, and a year later she landed her current executive position.

“The classes I took at Warner, from Digital Photography to News Writing, have played a huge role in my current job,” said Boehm.

Having been a very active student on campus, Boehm was on the women’s volleyball team, served as Student Government President, worked in the Union, and has already been back a few times to guest lecture to classes.

“Karie Harpest, Director of Student Leadership and Community Engagement, had a tremendous impact on my life and current success in my job,” said Boehm. “Her leadership and guidance on exhibiting true servant leadership helped mold me into what I believe to be an impactful role at LEGOLAND® Florida Resort.”

Others at Warner who have been influential in Boehm’s life, even to this day, include Dawn Meadows, Dr. Tim Craig, and Dr. James Moyer.

“Dr. Craig will probably always be one of my favorites and everyone needs a Dr. Moyer in their life,” said Boehm.

Congratulations to Chloe on all her achievements and we wish her continued success in all her endeavors!