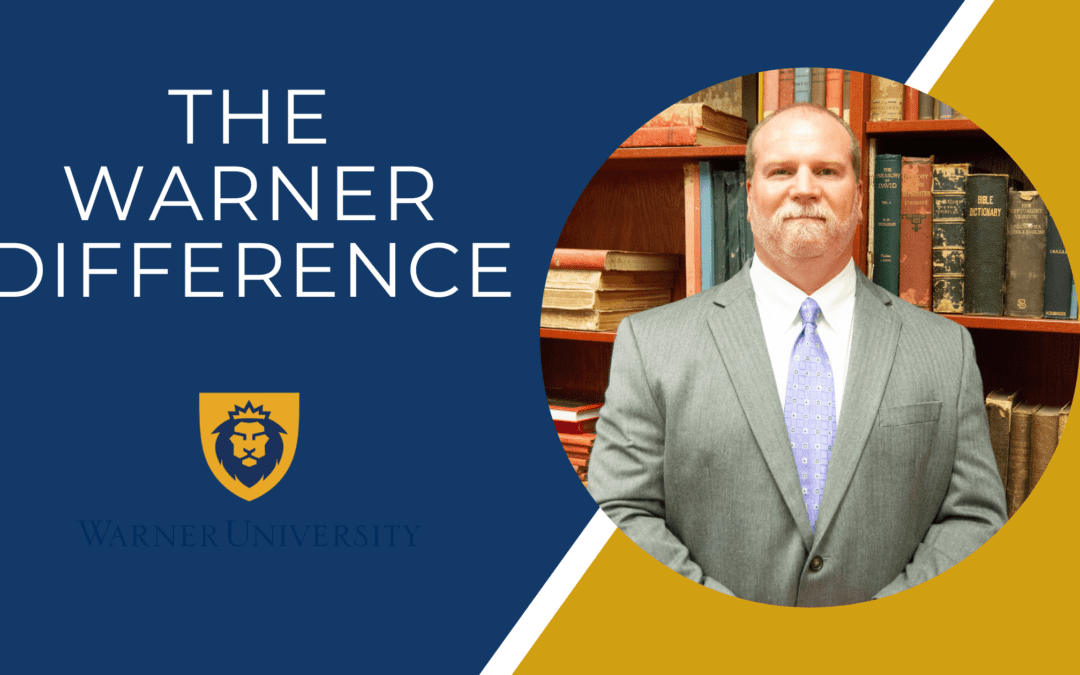 One of my favorite parts of my job is announcing the winner of Warner University’s Professor of the Year Award each spring. As I prepare for making this announcement at our commencement ceremony, I always solicit from students a few comments about the winner. This year, I encountered a student comment that I will never forget. On a particular course evaluation, one student wrote the following about Dr. April Steen, Assistant Professor of Social Work and the 2022 winner of the Professor of the Year Award:

This course was enjoyable because we were able to debate about different topics but she made sure we ended up where we needed to be.

The main reason I will never forget this comment is that I had been waiting to hear one like it for my 23-plus years in higher education. 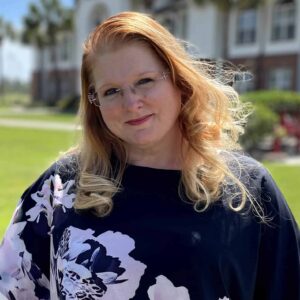 Knowing Dr. Steen as I do, I knew exactly what was behind the comment as soon as I read it. In addition to her deep love for her students and her willingness to go above and beyond in whatever she does, one of the things she is known for is her unwavering commitment to telling students the truth, no matter how culturally unpopular her comments may be or how difficult her comments might be to hear. And it is this reality about Dr. Steen that rests behind the student comment—a gem of a comment in the world of higher education.

There are two elements of this student comment that make it so special within today’s higher education landscape: one involves the ability to have meaningful debates (“we were able to debate about different topics”) and the other is about the end of the debate (“she made sure we ended up where we needed to be”). It is fitting to address the first of these elements by offering some brief commentary about the reality of most secular higher education in America, and it is appropriate to address the second element by way of contrasting Warner University with a lot of other Christian universities.

You see, at the vast majority of secular universities in the United States, students can no longer have open debates about certain topics. When students as well as professors are “canceled” for saying certain things—as they are at institution after institution—true debate cannot happen. In other words, debates about certain topics—especially those for which an evangelical Christian position might have something culturally unpopular to interject—are limited to nuance about one side of the debate, not the whole topic itself.

As for the second part of the student comment (“she made sure we ended up where we needed to be”), an unfortunate reality about a lot of so-called Christian higher education must be stated here. While many Christian universities still value the liberal arts tradition enough to allow students to have debates, many of those debates are too often left too open ended and thus may implicitly affirm bad ideas. Perhaps the problem lies in a professorial unwillingness to say anything that might be “offensive” in a classroom; perhaps the problem lies in the hesitancy to stand firm in the reality that clear right and wrong do exist; or perhaps the problem is the belief that God’s Word is supposed to change with the culture instead of influence the culture. Whatever the case, the reality is that too many “debates” in Christian college classrooms (not all) are punctuated by students’ feelings and opinions, not by the truth of God’s unchanging Word. I have seen it with my own eyes for over twenty years.

The sad truth is that much so-called Christian higher education now looks a lot like secular education. In addition to being hesitant to conclude (or frame) a healthy classroom debate about certain topics with what might be unpopular biblical truth, Christian colleges and universities too often associate a few Bible verses with bad secular ideas and call those ideas Christian, instead of truly evaluating those ideas from an orthodox biblical worldview and exposing their dangers. For example, it is easy (and right) to say that helping the poor and fighting for justice are biblical mandates, but the Marxist underpinnings of many justice-related movements are, in fact, not biblical—and we do our students and our culture a disservice by not pointing out the difference between biblically mandated justice and the dangerous cultural agendas that lie behind certain justice-related crusades.

At Warner, students and parents can expect a truly Christian education: robust classroom debate that occurs not for the purpose of affirming every opinion, but for the purpose of discovering truth. This is not to say that Warner University is fundamentalist or does not acknowledge the complexity, even biblically, of certain issues. But at Warner, making sure that students “end up where they need to be” involves the recognition of God’s Word as being authoritative for life, and it involves the filtering of all cultural ideas through the timeless Truth contained within that Word. When students and parents pay thousands of dollars for a Christian education, they have the right to expect such an education—and the Warner University professoriate delivers.