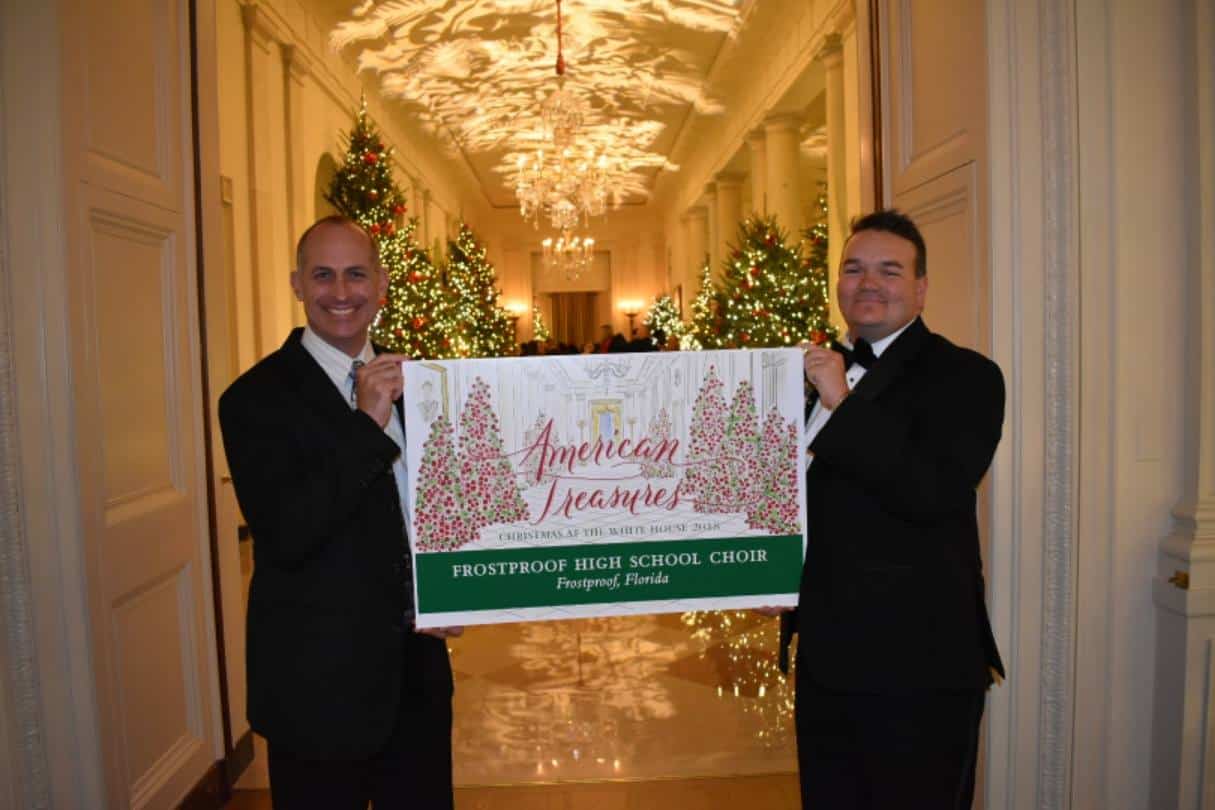 Jonathan Carter studied music education at Warner and graduated almost 12 years ago. Since graduating, he has been sharing his love of choral music with his students, especially the past eight years while at Frostproof High School.

A few months back a parent of one of his students sent him a link that ultimately led to the White House’s page. There, an announcement from the First Lady was made saying there was an open audition for high school bands and choirs to sing during the White House’s Holiday Open House. 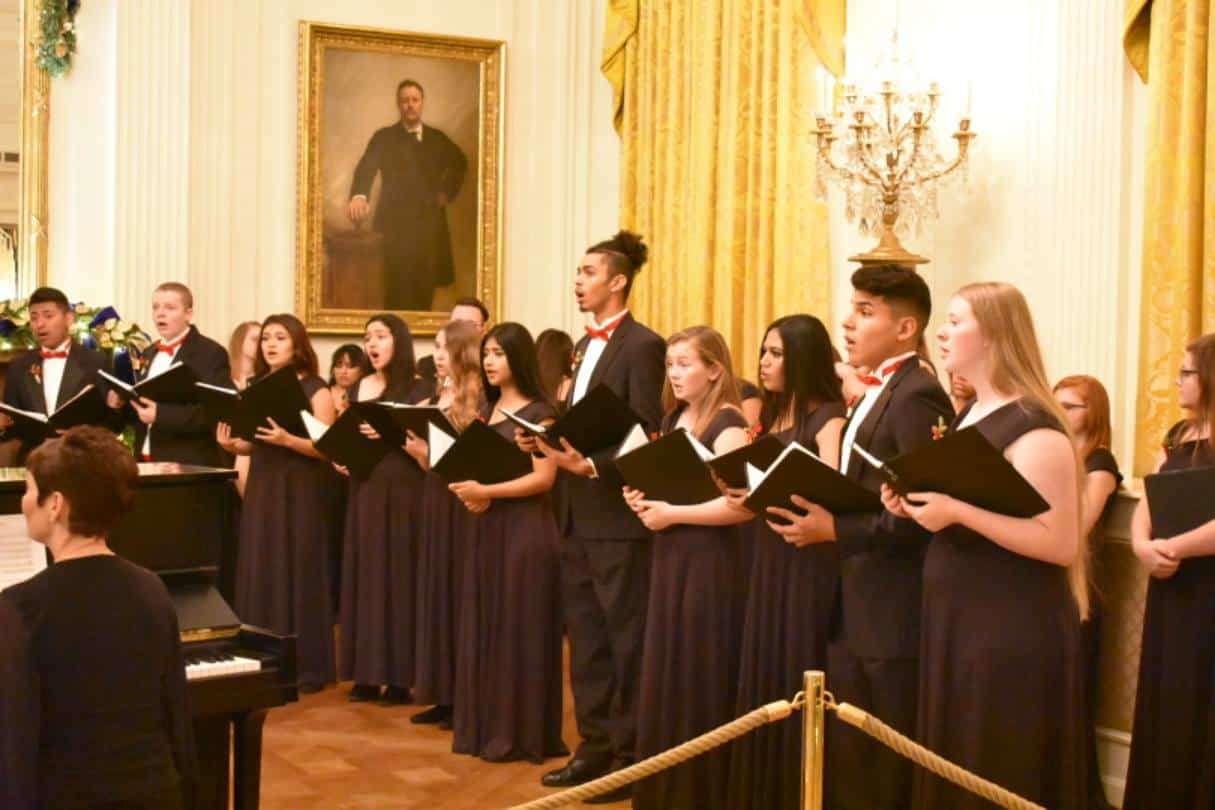 One application, a video submission, and countless hours spent practicing later, Frostproof choir students and Mr. Carter found themselves boarding a plane to head to DC!

“We rehearsed mainly during our daily class periods, which last 50 minutes.
We did have a few after school rehearsals to prepare also.”

It goes without saying the White House is a far from normal performing venue. The choir performed in the famed East Room of the House, gathered around a piano. This is not the choir’s first time performing in a prestigious venue, in fact, in 2017 they traveled to New York City to perform in Carnegie Hall. 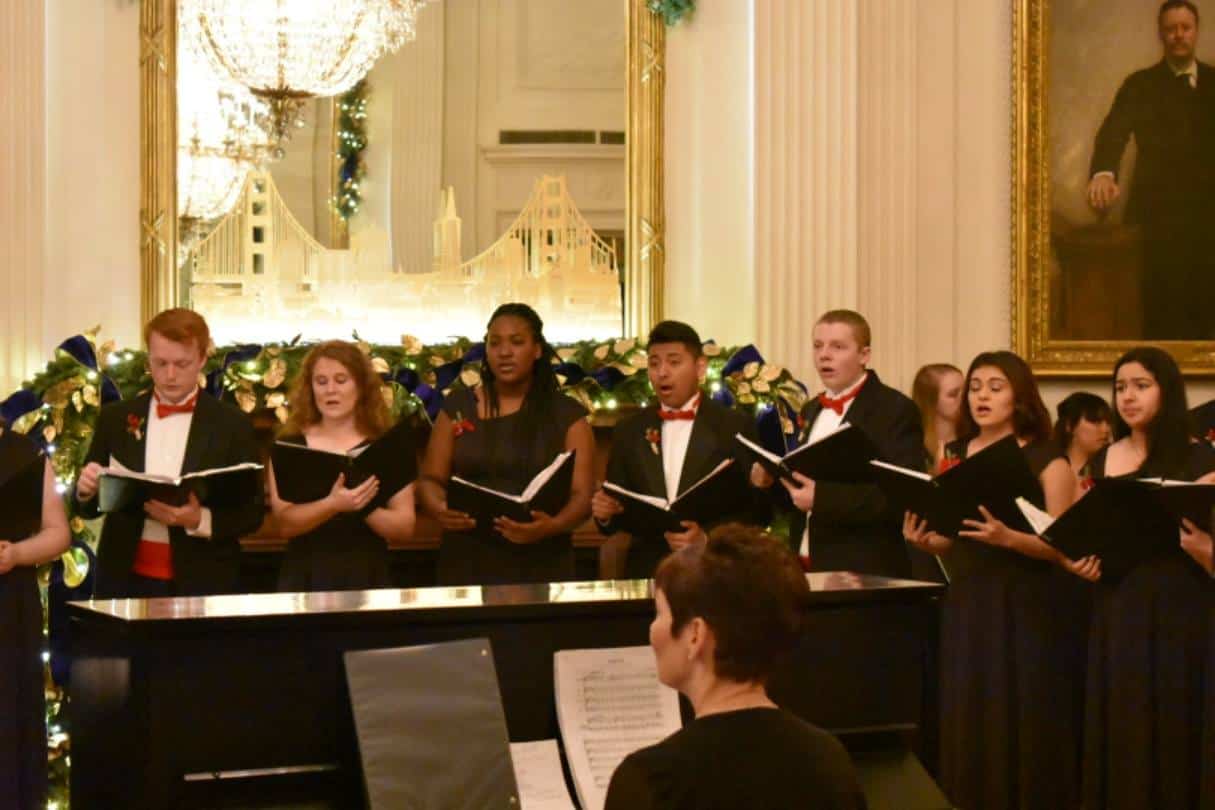 After their performance, Mr. Carter and his students were able to spend the remainder of the weekend touring various memorials and museums. They also visited Arlington National Cemetery where they witnessed the changing of the guard at the Tomb of the Unknown Soldier. In addition, the students visited US Congressman Darren Soto and toured the Capitol building. 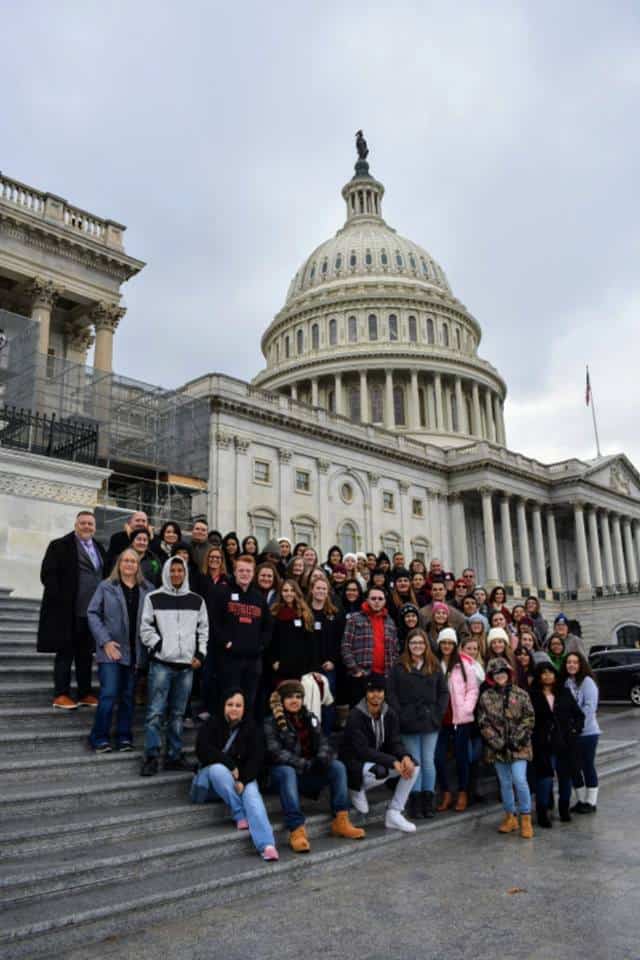 What a great and memorable trip! Mr. Carter has done a wonderful job directing his students and getting Frostproof known on the map. Way to go Dawgs! 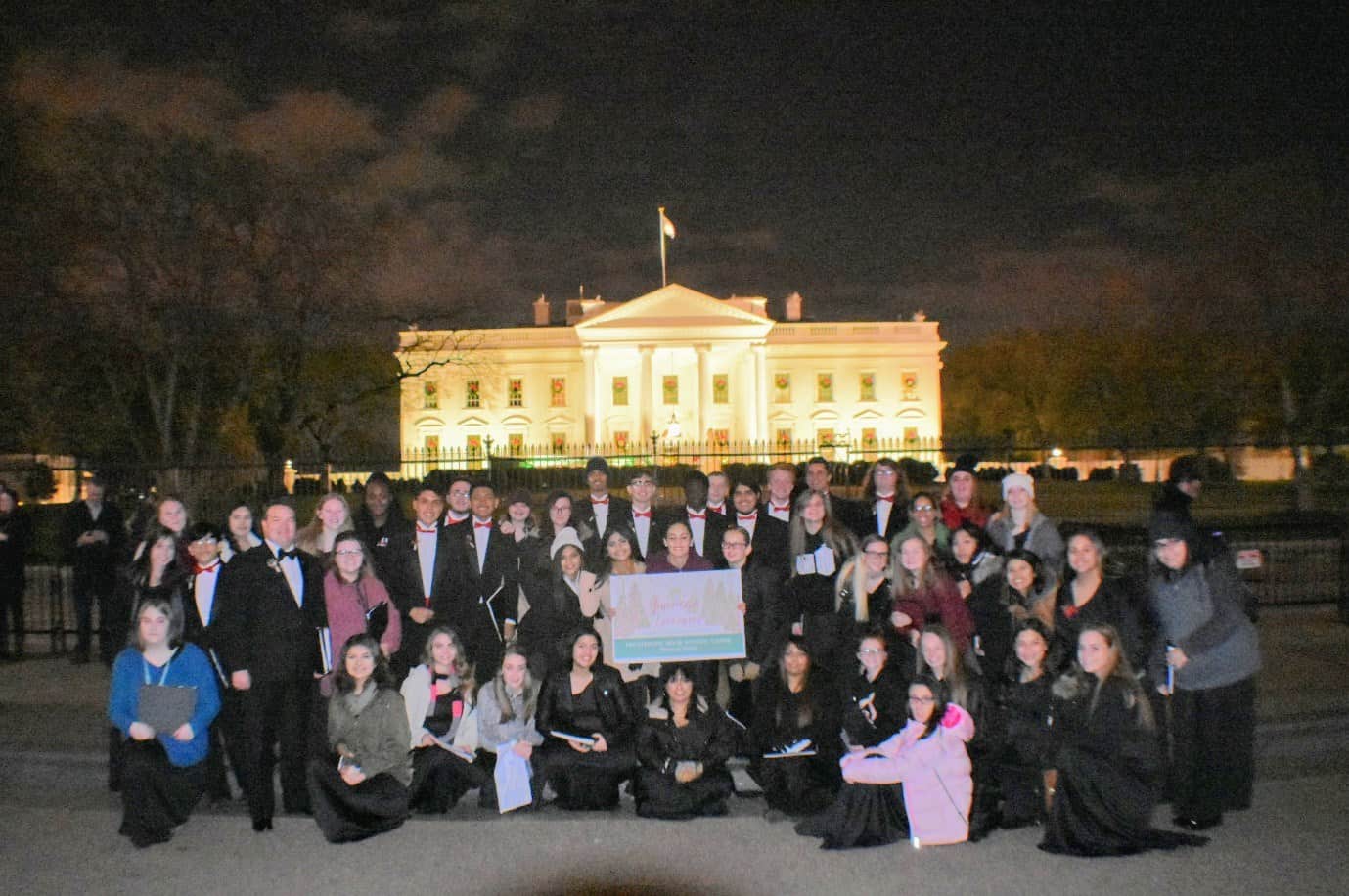