Christianity and the Call to Generosity 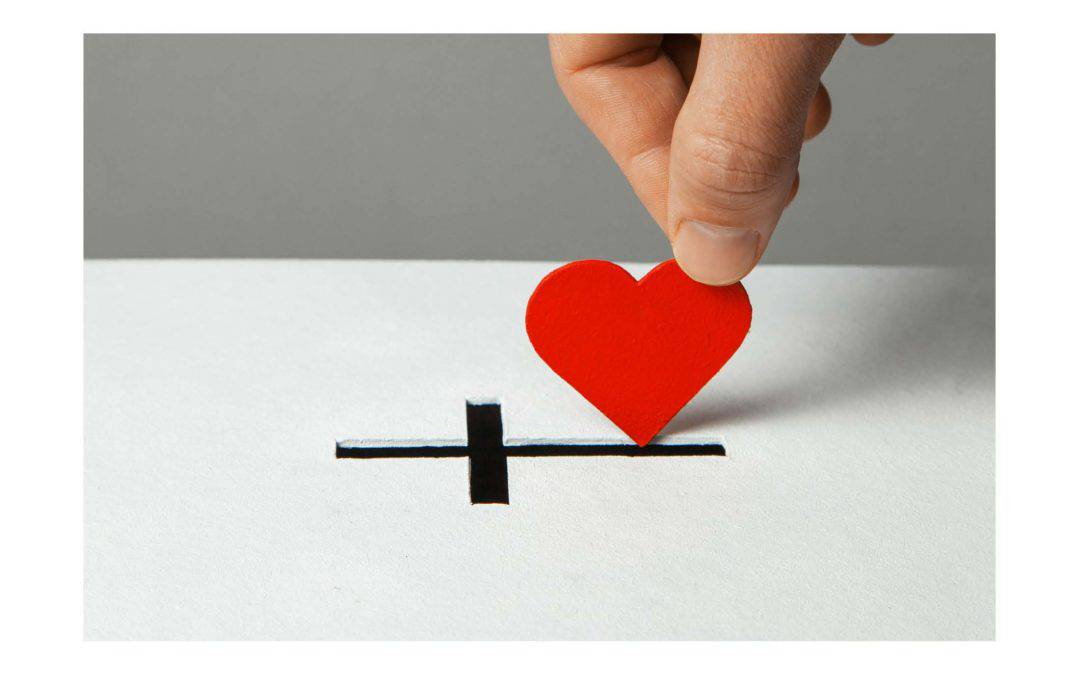 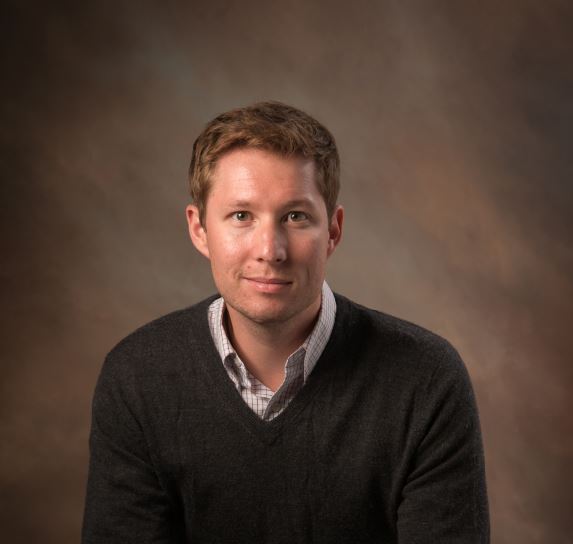 I read a story last week about a Pastor who was diagnosed with Covid-19 during the summer of 2020. Following his recovery from the virus, the Pastor began donating plasma as often as he was able. The anti-bodies he has from the virus allow the plasma he donates to aid in the development of treatment plans and vaccines. Since this past summer, the man has donated plasma eleven times. The healthcare workers who have repeatedly extracted his plasma believe his actions have helped save up to 45 lives.

This story is inspiring for so many obvious reasons, and the educator in me feels tempted to speak on it from a variety of angles. There is the angle of loving one’s neighbor. There is the angle of servant leadership. There is the angle that this is a pro-life ideology in action. However, all of these reflections pale in comparison to what is certainly the most inspiring aspect of this man’s sustained behavior. The anonymous Pastor in the middle of America has modeled true, biblical generosity.

In this following piece on generosity, I hope to answer no less than three questions: (1) from where does generosity emanate? (2) why should God’s people prioritize generosity? (3) what is the model for a generous life?

As a stepping off point, we begin with the question — From where does generosity emanate?

Generosity emanates from the Creator God upon the creation of humanity. In fact, humans have never known a world void of God’s generosity, for humanity bears God’s likeness from their very origin. What is more, upon the creation of humanity, God gifts them with authority over all other aspects of His creation. It would seem humans were made specifically to benefit from God’s generous nature!

And so, an eternal pay-it-forward was set in motion.

To put it simply, generosity exists within the human, for we were created by a generous God who in turn set a precedent for perpetual generosity!

This makes an analysis of our second question rather simple to grasp: Why should God’s people prioritize generosity?

“No! You will not die,” the serpent said to the woman. “In fact, God knows that when you eat it your eyes will be opened and you will be like God…”

The fall of humanity brought forth the subsequent rise of human greed. All the injustices of this world originated in this fateful moment where humanity forfeited God’s generosity. If there were to be a generous, selfless spirit within humanity once more, it would need to come again from God. Thankfully, God’s covenantal pursuit of a chosen people for the purpose of being a light to the nations was marked by a generosity mandate. Consider the words of God immediately following The Shema:

Israel is commanded to remember often how they arrived in such a privileged and bountiful setting. It was God’s generosity that gave way to their wealth. And how was Israel to utilize their wealth? The book of Deuteronomy goes on to give specific directions for the Israelites to follow in order to materially provide for the migrant, the widow, and the orphan. Why? For they themselves were once slaves in Egypt. They were commanded to be generous, for God had been generous with them.

Christians are to maintain this ethic today. God has blessed us and caused our thriving, thus we in turn are to prioritize generosity toward others. But perhaps this still feels rather opaque and vague. If only God’s call to generosity could be consistently modeled for us over an extended period of time…

This naturally leads to our third question: What is the model for a generous life?

Certainly, a better question would have been who is the model for a generous life?

In answering this question, we find ourselves introduced to the incarnational ministry of Jesus Christ. Consider the opening moments of Jesus’ ministry as recorded in Mark’s Gospel and Luke’s Gospel:

After John was arrested, Jesus went to Galilee, preaching the good news of God: “The time is fulfilled, and kingdom of God has come near. Repent and believe in the good news!” (Mark 1:14–15, HCSB)

“He came to Nazareth, where He had been brought up. As usual, He entered the synagogue on the Sabbath day and stood up to read. The scroll of the prophet Isaiah was given to Him, and unrolling the scroll, He found the place where it was written:

The Spirit of the Lord is on Me, because he has anointed Me to preach the good news to the poor. He has sent Me to proclaim freedom to the captives and recovery of sight to the blind, to set free the oppressed, to proclaim the year of the Lord’s favor.

He then rolled up the scroll, gave it back to the attendant, and sat down. And the eyes of everyone in the synagogue were fixed on Him. He began by saying to them, “Today as you listen, this Scripture has been fulfilled.” (Luke 4:16–21, HCSB)

Jesus asserts that with His physical arrival comes the arrival of God’s kingdom on earth. A righteous invasion has occurred, and Jesus identifies the ways in which this invasion will be plain to see. The blind will see, captives and oppressed will be set free, and the Good News will be proclaimed. In short, God’s kingdom had come, because Jesus had come. It was a stupendous statement. With this statement, however, came an action plan that Jesus honored throughout His prolific earthly ministry.

The little ones and least of these flocked to Jesus. The marginalized were drawn to Jesus, as were the poor and broken. Those with little or nothing found in Christ all forms of generosity.

These were the deeds of Jesus on the earth, and it offers for us the intense scope of God’s generosity for Christians to model.

Perhaps another question arises for us to consider: how might a Christian showcase biblical generosity?

If the ministry of Jesus — and the church He founded — are sound indicators, here are some simple ways to begin an intentionally generous life:

– Generous with our time.

If one is looking for a fun bible study, explore once more the Gospels and imagine you were in charge of Jesus’ itinerary. As you read, look for every moment where it would seem that the narrative is revealing what we might call an interruption — a deviation from scheduled activity. One will find that Jesus was overwhelmingly generous with His time. It seems He was often pulled in many directions. A question from here, then a request from there… and then an urgent matter elsewhere, capped off by impromptu acts of compassion by Jesus that seem to materialize with no prompting whatsoever. To an uninformed observer, Jesus was seemingly reckless with His time. Or, perhaps, He was modeling generosity.

– Generous with our influence.

To put it in modern terms, Jesus threw the weight of His station around. It seems Jesus was aware of the authority He possessed, and He often used it to advance and restore those who were in need of such use of influence. Jesus recruited unlikely disciples. Jesus offered pardon where others anticipated condemnation. Jesus exercised behavior that other authorities considered to be excessive, and even unlawful! This too, is surely not a coincidence. Jesus used His significant influence to elevate others. Jesus was modeling a form of generosity that transcends a one-time transaction. In this way, Jesus was indefinitely altering people’s perception of others in a positive manner. For such people, this was certainly invaluable.

– Generous with money and resources:

This one is intentionally saved for last on account of two important reasons, (1) that for some a monetary offering is viewed as an exemption toward engaging in the first two examples of generosity. Being generous with one’s money and resources is certainly needed and helpful, but it is not a complete portrait of Christian generosity. (2) for others, money is viewed from a scarcity mindset. I might (or might not) have enough for myself and my own. Regardless, I certainly do not have enough to share. Toward the latter mindset, the behavior of the early church is striking:

Now all the believers were together and held all things in common. They sold their possessions and property and distributed the proceeds to all, as anyone had a need. Every day they devoted themselves to meeting together… (Acts 2:44–46a, HCSB)

Notice here, the merger of generosity of time and generosity money/resources. Members of the Jerusalem church were wildly generous with both their money, resources, and time. It would seem that the cause of Christ — their own practice of an incarnational life — was central to the Christian life.

Perhaps this lends itself to yet another question that must be answered: what kind of mindset could possibly compel people to such extreme generosity?

The answer lies in Paul’s statement to the Church in Galatia regarding how his life and work intersect with that of Christ Jesus:

I have been crucified with Christ and I no longer live, but Christ lives in me. The life I now live in the body, I live by faith in the Son of God, who loved me and gave Himself for me. (Galatians 2:19a-20, HCSB)

We must be careful to fully appreciate Paul’s meditation here. Paul is asserting that his life does not belong to him, but to Jesus. Thus, Paul’s life is to reflect the behavior and ethic of Jesus in every way imaginable. This is what Paul aims to attain with his life.

For the purposes of this piece on generosity, perhaps one might be so bold as to state that Paul is suggesting that since we owe our lives to the immeasurable generosity of Christ’s work on the cross, it falls upon the Christian to reflect such a spirit of generosity in our own existence!

Put simply, to be like Christ is to know no limits to one’s generosity.

And so, one final question to consider: what might we hope to experience as a result of our generosity? What are the consequences?

The answer to such a question can be answered in one word… thriving!

The one who is generous causes thriving to occur in multiple directions. Consider the following Proverb:

A generous person will be prosperous, And one who gives others plenty of water will himself be given plenty. (11:25, HCSB)

Indeed, generosity leads to multiplicitous thriving, and this actually makes perfect sense, if we lead ourselves back to the central verses upon which biblical generosity is founded. God, who exists in all-powerful glory, willingly multiplied His power onto humanity. And the first command? Multiply as God has multiplied! This multiplication does not lead only to the prospering of the recipient of generosity. To think as much would mean one believes God was somehow less powerful for having given authority to humanity!

No, we are generous because generosity leads to flourishing.

Generosity is a natural consequence of God’s creation of humanity. Generosity is a mark of one whose life is found in God’s saving work. Generosity is modeled by Jesus, and continued in His name by those who find their hope in Him. When such generosity is found, our culture and civilization will flourish!

How great are God’s promises to us.

One last word of encouragement. It might feel as if such generosity will be the end of us. It seems exhausting even to consider. But, I would briefly call to mind two powerful insights from the biblical text.

So, may we all be unleashed into a practice of Christian generosity. And may we all find life therein.

PS- My reflections on the Genesis creation account of humanity mirror and reflect the work of Andy Crouch, and his amazing book “Playing God.” I can’t recommend it highly enough.

As originally posted at https://medium.com/christianlife/christianity-and-the-call-to-generosity-b034f2294915.